Interested in Magic Club this year?  Please complete this survey by 11/3/16.  Thanks 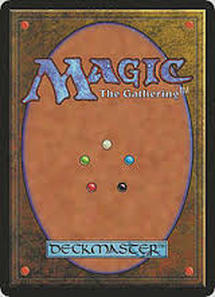 In 2011, I was meeting with two 7th grade students (Dillon O'Neill and Aaron Conway) and they mentioned that they enjoyed playing the card game Magic The Gathering.  I then told them that some other Herrick students have shared with me that they also play Magic.  I said, "Maybe you guys should start a Magic Club.  All you need to do is find a Herrick Staff member who would be willing to supervise your club."  Two days later the boys came to me..."Will you be our sponsor?"  The first year we averaged about 4 or 5 students, then 7 or 8 in 2012-13.  In 2013-14 we averaged about 12 with some meetings up around 20.  Since then we have been back down to 6 to 10.    Popcorn or some other snack/treat is usually served every meeting!

I am very clear with the Magic Club students that I don't really know anything about the game Magic The Gathering.  It has, however, been fun to see how engaged the students get while playing this game.  The club runs from November (after the Cross Country season) through April or May depending on interest.  If you have any questions about the Magic Club, please feel free to contact me at Herrick. 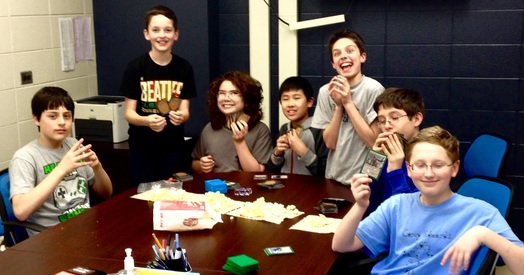 For the 2016 - 2017 school year, Magic Club will meet in the Herrick cafe
every Wednesday from November through April (21 Meetings!!).


* We do not start meeting until November because Mr. Gross Coaches Cross Country at the start of every year.